Critical pedagogy is a revolutionary approach to teaching and learning, as it strives to create an equitable, just and fair world through the radical facilitation of social justice within communities of learners. A growing tradition among youth engagement facilitators, critical pedagogy is sometimes referred to as problem-posing education or popular education.

Following are some quotes related to critical pedagogy. It can be dangerous to take these quotes out of context or to minimize what is being said. As Paulo Freire wrote in Pedagogy of the Oppressed, “Manipulation, sloganizing, “depositing,” regimentation, and prescription cannot be components of revolutionary praxis, precisely because they are component of the praxis of domination.” If you’re serious about learning about critical pedagogy we suggest you learn more and take critical, conscious action. The following are quotes that inspire Freechild Institute; maybe they’ll inspire you, too.

Quotes on Critical Pedagogy for Youth

“We make the road by walking.” ― Paulo Freire and Myles Horton

“This movement of inquiry must be directed towards humanization — the people’s historical vocation. The pursuit of full humanity, however, cannot be carried out in isolation or individualism, but only in fellowship and solidarity; therefore it cannot unfold in the antagonistic relations between oppressors and oppressed.” — Paulo Freire, Pedagogy of the Oppressed

“The classroom remains the most radical space of possibility in the academy.” ― bell hooks, Teaching to Transgress: Education as the Practice of Freedom

“Critical pedagogy is a movement and an ongoing struggle taking place in a number of different social formations and places.” ― Henry Giroux

“As a classroom community, our capacity to generate excitement is deeply affected by our interest in one another, in hearing one another’s voices, in recognizing one another’s presence.” ― bell hooks, Teaching To Transgress: Education as the Practice of Freedom

“Getting ahead cannot be the only motive that motivates people” ― Henry Giroux, Youth in a Suspect Society: Democracy or Disposability?

“Freedom is acquired by conquest, not by gift. It must be pursued constantly and responsibly. Freedom is not an ideal located outside of man; nor is it an idea which becomes myth. It is rather the indispensable condition for the quest for human completion.” ― Paulo Freire, Pedagogy of the Oppressed

“I have not forgotten the day a student came to class and told me: ‘We take your class. We learn to look at the world from a critical standpoint, one that considers race, sex, and class. And we can’t enjoy life anymore.’” – bell hooks, Teaching to Transgress: Education as the Practice of Freedom

“The stories a society tells about itself are a measure of how it values itself, the ideals of democracy, and its future.” ― Henry Giroux

“Many of these leaders, however (perhaps due to the natural and understandable biases against pedagogy) have ended up using the ‘educational’ methods employed by the oppressor. They deny pedagogical action in the liberation process, but they use propaganda to convince.” ― Paulo Freire, Pedagogy of the Oppressed

“Dialogue further requires an intense faith in humankind, faith in the power to make and remake, to create and recreate, faith in their vocation to be more fully human (which is a privileged of an elite, but the birthright of all).” ― Paulo Freire, Pedagogy of the Oppressed

“When everyone in the classroom, teacher and students, recognizes that they are responsible for creating a learning community together, learning is at its most meaningful and useful.” ― bell hooks, Teaching Critical Thinking

“The central element of teaching for social justice is intended to address the supposed tyranny of the banking model – teachers must learn from their students, much as well-heeled revolutionaries must learn from the oppressed people they wish to liberate.” ― Paulo Freire, Pedagogy of the Oppressed

“Power is never so overwhelming that there’s no room for resistance.” ― Henry Giroux

“Worse yet, it [banking model] turns them [students] into ‘containers’ to be ‘filled’ by the teacher. The more completely she fills the receptacles, the better a teacher she is. The more meekly the receptacles permit themselves to be filled, the better students they are.” ― Paulo Freire, Pedagogy of the Oppressed

“The school system is mostly geared to the interests, skills, and attitudes of the middle-class child. Though I also argue that the system is failing to educate middle-class students, it is the children of poverty who really suffer, being streamed into courses that prepare them for a life of temporary, dead-end, underpaid, undignified, and menial jobs.” ― Peter McLaren, Life in Schools: An introduction to critical pedagogy

“Critical pedagogy is concerned with teaching students how not only to think but to come to grips with a sense of individual and social responsibility, and what it means to be responsible for one’s actions as part of a broader attempt to be an engaged citizen who can expand and deepen the possibilities of democratic public life.” ― Henry Giroux

“Any situation in which some individuals prevent others from engaging in the process of inquiry is one of violence. The means used are not important; to alienate human beings from their own decision-making is to change them into objects.” – Paulo Freire, Pedagogy of the Oppressed

“Engaged pedagogy does not seek simply to empower students. Any classroom that employs a holistic model of learning will also be a place where teachers grow, and are empowered by the process.” ― bell hooks, Teaching to Transgress: Education as the Practice of Freedom

“Through dialogue, the teacher-of-the-students and the students-of-the-teacher cease to exist and a new term emerges: teacher-student and student-teachers’ who are ‘jointly responsible for a process in which both grow.” – Paulo Freire, Pedagogy of the Oppressed 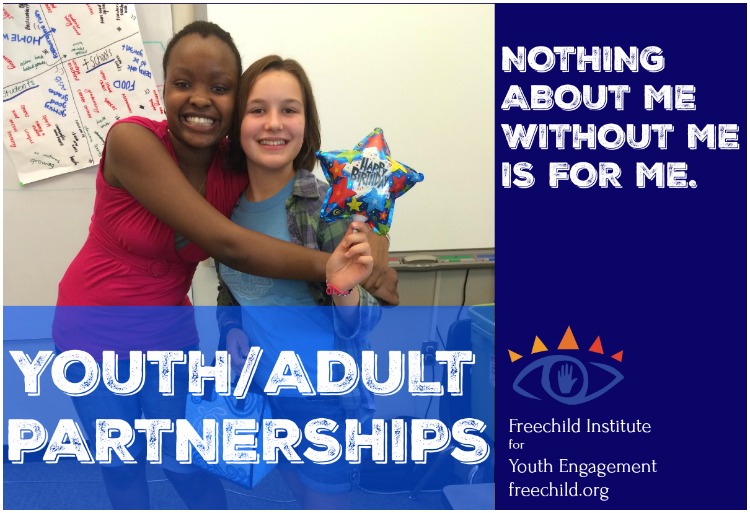